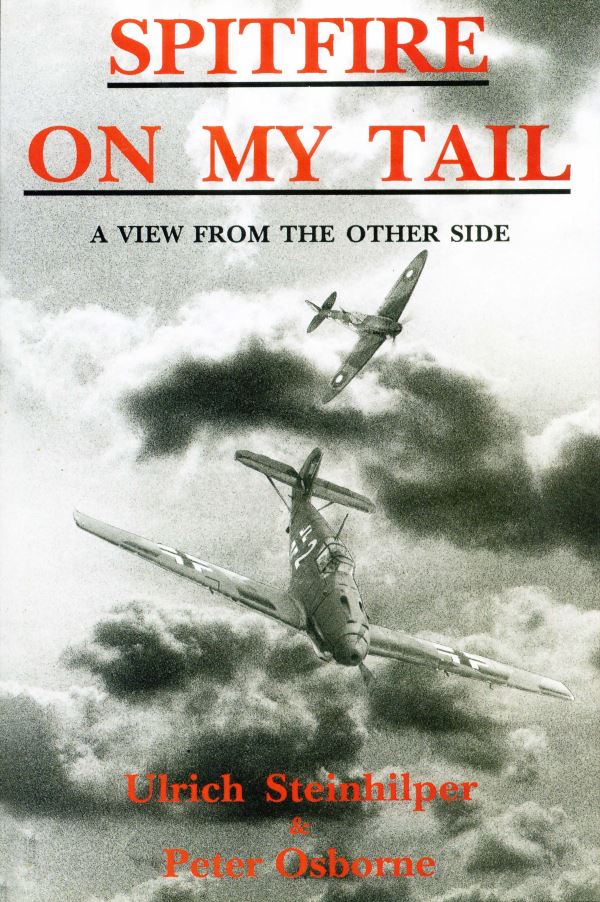 Spitfire on my Tail

by Ulrich Steinhilper and Peter Osborne

“Spitfire On My Tail” is the detailed account of how one German grew up and joined the Luftwaffe as a career officer and airman. It was written by Ulrich Steinhilper who was an Oberleutnant with JG 52 (52nd Fighter Wing) based at Coquelles near Calais.

He flew over one-hundred and fifty combat missions during the Battle of Britain and saw his Gruppe of thirty-six experienced pilots whittled down to just a handful by October 1940...

On 27 October 1940 Oberleutnant Ulrich Steinhilper’s fighter was shot down, crashing into the Kent countryside near Canterbury. For Ulrich, that was the end of everything for which he’d been prepared in the Luftwaffe since his acceptance in 1936. But there is more than a pilot’s story to tell.

We follow Ulrich’s story from a mountain village in southern Germany to Berlin swollen with people for the 1936 Olympic Games to the start of his basic military career, the rigorous basic training and his first faltering steps as a pilot. Participating in the Battle of Britain, he airs his uncompromising views of the conduct of the battle both by the Luftwaffe High Command and the RAF. More than the chronicle of a single pilot’s achievements, Spitfire on my Tail also provides an unusual insight into how young Germans fell for the charms of Adolf Hitler.