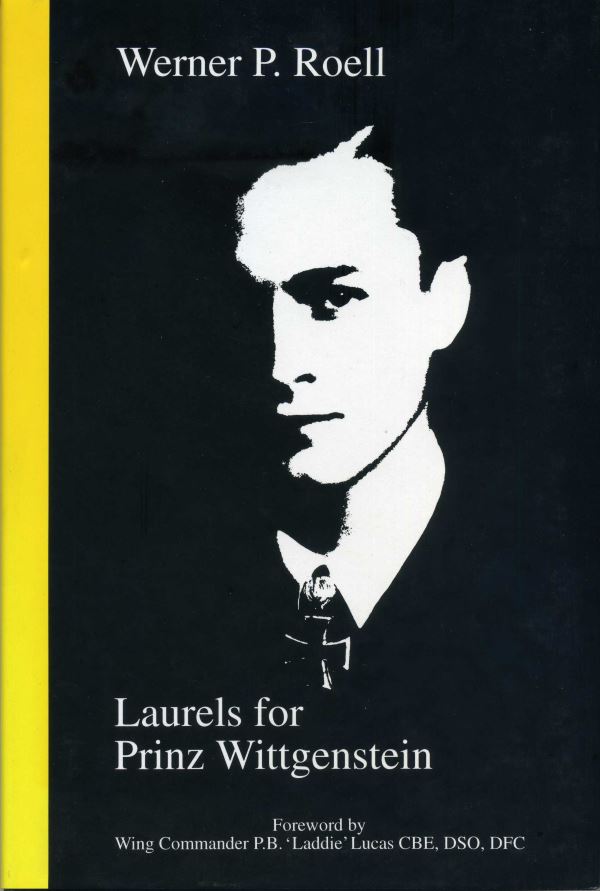 'Laurels For Prinz. Wittgenstein' is the story of a man who may have been the last of the Knights. Born into the aristocratic Wittgenstein family, Prinz Heinrich saw his place as a defender of his homeland as his ancestors, the Counts von Sayn, had done in times gone by. Although a somewhat frail and sickly youth his health seemed to stabilise in maturity and he joined the 17th Cavalry Regiment in Bamberg in 1936. Subsequently, the Prinz decided to join the Luftwaffe and in October 1937 he was admitted to the Flying School in Braunschweig. In June 1938 he was promoted to Leutnant and whilst with Schlachtgeschwader 40, at Regensburg-Obertraubling, he flew on the Sudeten operation as the author's air-gunner in a Heinkel He 45, an armoured biplane.

After the outbreak of World War II, he chalked up 150 operations in Belgium, Russia, France, and against England, with Kampfgeschwader 1, 'Hindenburg'. When war with Russia came in 1941 Wittgenstein was in action and was later withdrawn to Germany as the pressure by RAF Bomber Command began to increase. As a Nightfighter pilot he was to display outstanding courage and determination in the defence of his homeland. Before his death he was to account for some eighty-three four-engined bombers, sometimes attacking and shooting down as many as five in one night. By early 1944 Wittgenstein was the highest scoring German Nightfighter pilot.

'Laurels for Prinz Wittgenstein' is a rare chance to see the great night air-war from the other side and in so doing to see part of what the British airmen faced nightly.